TRANSCO is committed to transmitting water and electricity safely, economically, securely and reliably, while embracing innovation and organizational excellence.

We will help to transform Abu Dhabi’s water and electricity sector to ensure it is fit for the future.

We are accountable to ourselves, our teams, partners and society.

We pursue excellence across every facet of our business and operations.

We demonstrate integrity every day – through our work and in our relationships.

We put teamwork into all that we do to ensure we collectively drive results.

TRANSCO’s role as a wholesale Transmission System Operator (TSO) of water and electricity has grown considerably over the last 20 years. The company’s growth has tracked that of the UAE.

Demand for electricity at TRANSCO increased to 15.2GW in 2019, from just 3.3GW in 2000. And demand for water soared to 826 MIGD in 2019. During this period, TRANSCO extended its reach into the Northern Emirates and acquired the mandate to interconnect Saudi Arabia and Oman through the Gulf Cooperation Council Interconnection Authority (GCCIA) system.

While the increase in demand continues, albeit at a more tempered rate, we will efficiently and securely usher in the energy transition by diversifying production and migrating to nuclear, photovoltaic (PV) and reverse osmosis (RO). This aligns with the UAE’s Energy Strategy 2050 to reduce carbon emissions by 70% by raising the nation’s clean energy contributions to 50%.

As the energy transition accelerates, new technologies are maturing and enabling the digital grid. To leverage these efficiencies and reinforce our leadership – as both transmission owner and system operator with production despatch – TRANSCO will continue to integrate these technologies into our operations.

We remain committed to guaranteeing the security and stability of the sector to ensure it is a reliable, efficient, sustainable and value-generating system that is fit for the UAE’s long-term future. 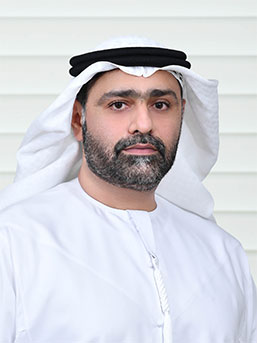 More About Our CEO


Dr. Afif is an energy industry executive with more than 18 years of experience in various leadership roles within the oil and gas and utilities sectors. His expertise spans the fields of asset management, operations and maintenance, technical services and projects.

Dr. Afif has also served on several boards of directors and management committees for numerous national and regional entities in the energy industry. 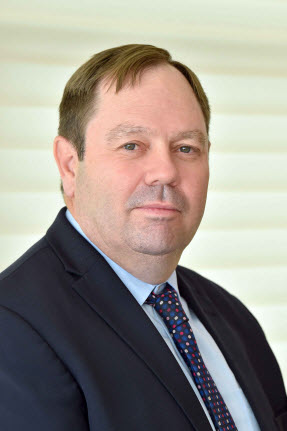 More About Our AMD


Bruce Stedall is the Asset Management Director of the Abu Dhabi Transmission and Despatch Company (TRANSCO), which is responsible for water and electricity transmission networks, with dispatch of production facilities, in Abu Dhabi, the Al Ain region and the Northern Emirates.

Bruce has over 30 years of experience in the international water and electricity sector in a variety of senior roles in network strategy, planning, development and asset management, with a background in power systems engineering.

Bruce holds Bachelor of Science and Doctoral degrees from UK universities, is registered as a Chartered Engineer, and is a member of the Institution of Engineering and Technology. 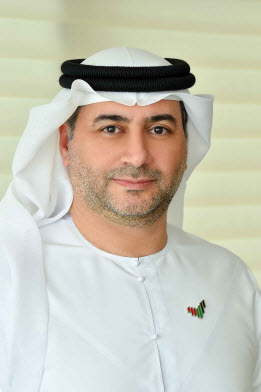 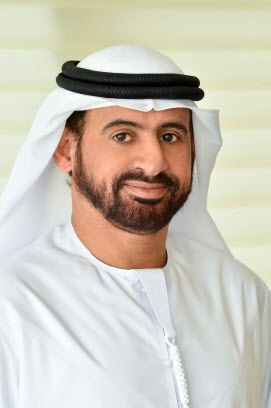 More About Our Projects Director

Salem has over 25 years of substantial experience in operations, maintenance, projects and management of both power and water transmission assets. He Served before as the chairman of Al Mirfa Power Company, 2013 to 2016, and Chief Editor of Al khaleej Electricity Magazine, 2009 to 2013. He is the Chairman of the Nuclear Technical Working Group and the Transmission Code Panel.

Salem is an active members of GGC CIGRE and CIGRE Paris.

Salem holds BSc. in Electrical Engineering and MBA, both from the UAE University (UAEU) in 1994 and 2004 respectively and PhD in Organisation Management, Southampton University, UK, 2015. He is also Fellow of the Institution of Engineering and Technology (FIET), UK, 2013 and Chartered Engineer IET, UK C.Eng. since 2010. 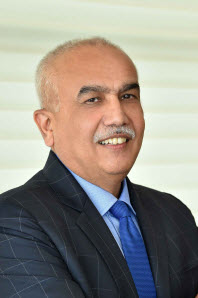 More About Our NMD

Surendra, who held this position since September 2018, is responsible for driving and managing TRANSCO’s maintenance programme for power and water asset portfolio with a focus on deploying contemporary technologies to promote predictive interventions for better maintenance outcomes. He joined Abu Dhabi Distribution Company (ADDC) in Jan’ 2007 as Head of Strategy & Planning - Power and since then has been in the sector, holding technical leadership & advisory positions.

Surendra has more than three and half decades of experience in all key elements of power delivery chain; generation, transmission, distribution & utility IT infrastructure. 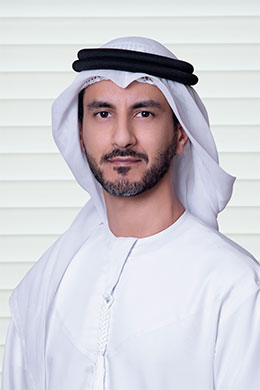 More About Our Chief HR Officer

Nabil has over 18 years of experience in various leadership positions within the oil & gas, utilities, real estate and tourism sectors, across reputable public, private and government-related entities in the UAE.

Nabil leads the company’s Human Resources function, with a focus on the development and execution of strategic Human Capital transformation initiatives.

Nabil holds a Bachelor of Science in Electrical Engineering from the UAE University (UAEU), a Management Diploma from the University of Cambridge – Judge Business School, and a Global Executive MBA from INSEAD. 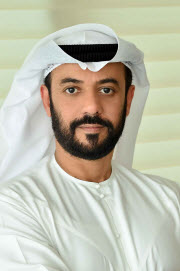 More About Our BSD

Khamis has more than 20 years of experience in the water and electricity sector specialized in human capital, organization development, strategy & excellence, leadership management, and facility management.

Khamis oversees from his current position TRANSCO’s Technology, Procurement, Strategy & Excellence, PR & Corporate Communication and Facility Management functions. Prior to this role, he managed the Human Resources business units of both of TRANSCO and ADDC. 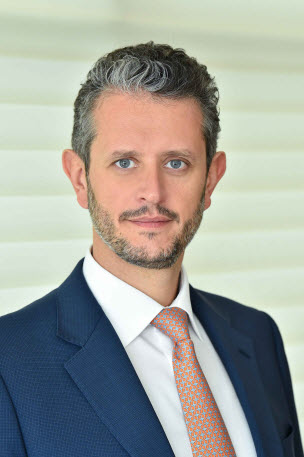 More About Our CFO 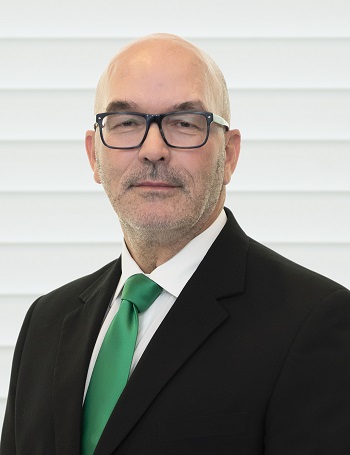 More About Our HS Manager

Paul has over 30 years of experience in the international water and electricity utilities sector in senior leadership roles for HSEQ. He has a contagious passion for employee wellbeing and the delivery of excellence, simply. 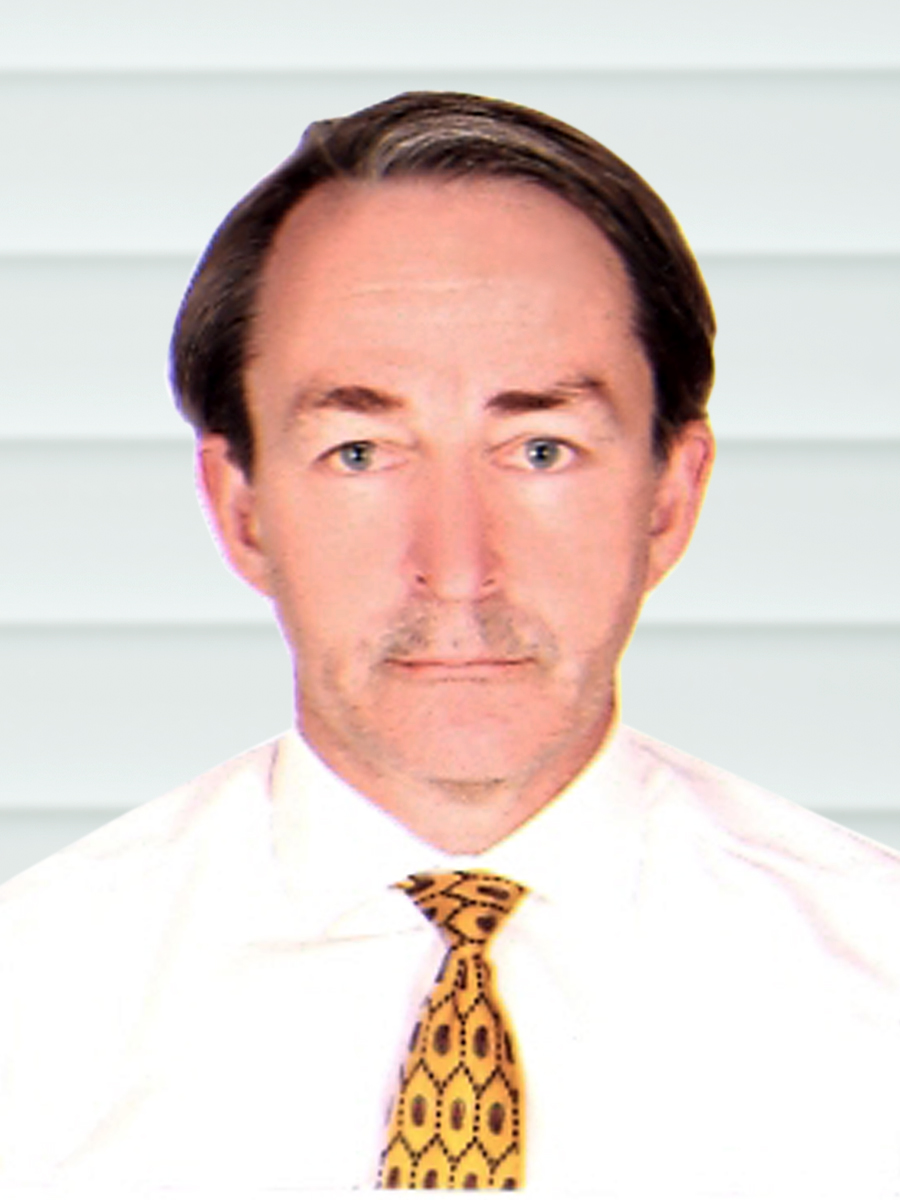 More About Our Regulation Advisor

Peter has 35 years’ experience in gas, telecoms, power and water utilities, 23 years of which as a regulatory expert. Regulation drives TRANSCO revenue stream requires provision of information to the Department of Energy (DoE) and compliance with Licenses, Codes and Regulations. Peter spent 16 years in the UAE as the regulation advisor for AADC, ADDC, ADWEA and now TRANSCO.

Peter is mechanical engineer by profession and has MBA.

Above all else, we value the health and safety of all of our employees and contractors above all else and work tirelessly to safeguard our workers.

As a sign of our commitment to health, safety and the environment (HSE), TRANSCO meets the following internationally recognized standards to manage and monitor our performance:

At TRANSCO, these standards are audited and verified annually by an external third party. And we cultivate a culture of continuous learning and development in order to improve our performance each year.